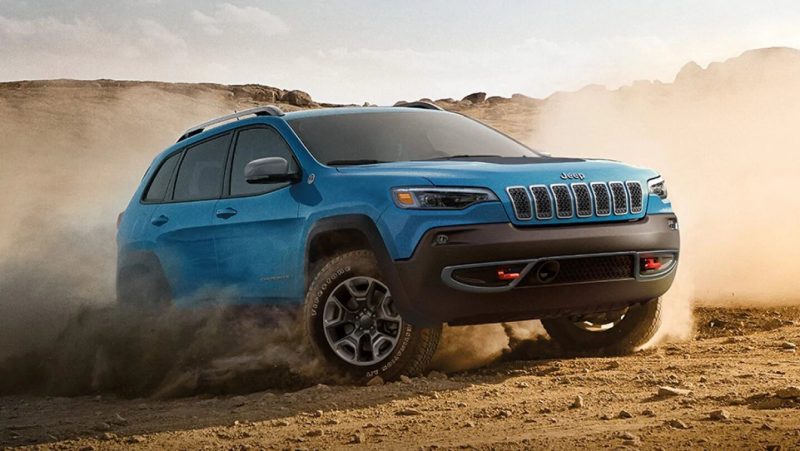 Compact crossovers are so popular and there are so many of them to choose from these days, it can sometimes be hard to know where to start when it comes to choosing which SUV to test drive and buy. To help-out a little, here we're going to compare two of the best by putting the 2019 Jeep Cherokee up against the 2019 Hyundai Tucson.

It's going to come down to personal taste when we're talking about the exterior styling of these two, and that's because both are seriously good-looking crossovers. Both are modern and stylish with all the right contemporary styling cues, but there's something a little more premium about the way the Jeep Cherokee looks. Nobody will be put off by the exterior of the Hyundai Tucson, but the Jeep has the slight edge here.

Plenty of choices is usually a good thing, and the four trim levels you can get the Tucson represents one more than several of its rivals. The Hyundai is available in Essential, Preferred, Luxury and Ultimate trims, but that's way fewer than you get with the Cherokee. The Jeep is available here in Canada with no less than eight versions, which are the Sport, North, Altitude, Limited, Trailhawk, High Altitude, Trailhawk Elite and the Overland.

The Tucson's base engine is also a four-cylinder, but this 2.0-litre unit isn't as powerful as its Cherokee equivalent as it only puts out 161 hp and 150 lb.-ft. of torque. There's no V-6 option for the Hyundai, and the optional engine is only a 2.4-litre inline-four with 181 hp and 175 lb.-ft. of torque to its name. 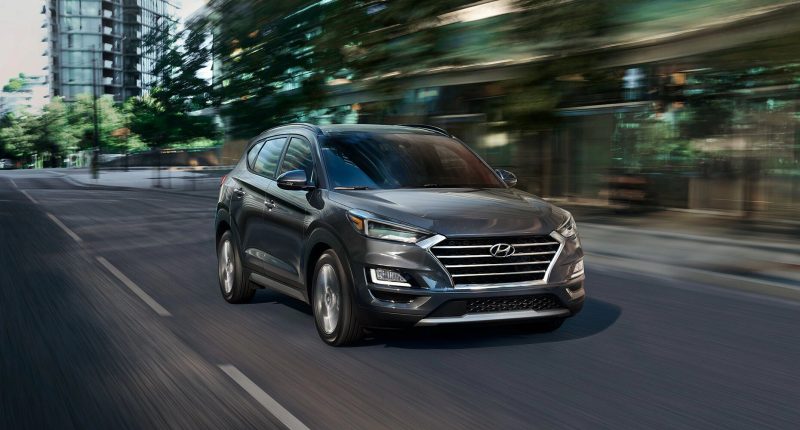 Both engines in the Tucson use a six-speed automatic that works well, but the seven-speed dual clutch unit that was previously offered has been dropped. The Jeep utilizes a much more modern nine-speed auto that's been retuned this year to iron out things the early versions needed improving.

Although the Tucson is standard front-wheel drive, all versions are available with all-wheel drive if you want it. The system does have a switch that can lock the torque split to boost low-speed traction on slippery terrain, but it's a long way from making the Tucson into an off-roader. The Jeep Cherokee is available with no less than three different all-wheel drive systems, and even the most basic one is as good as the Hyundai's. The more advanced Active Drive II and Active-Drive Lock systems for the Cherokee make it much more capable than the Hyundai can ever pretend to be.

A 2019 Hyundai Tucson Essential costs from $25,599, and that's not a bad price at all for a vehicle that's well-equipped in its most basic and standard form. The entry-level Cherokee is also very good value with a starting MSRP of $27,021, but it's a little more than the Hyundai.

The Tucson has a very decent interior with a good amount of passenger and cargo space, and the standard equipment is also quite respectable. However, there's a more upscale look and feel to the interior of the Cherokee with quality materials throughout that put it a cut above the competition in its class.

You could save yourself a few dollars by going for the Tucson, but in all honesty, you're better off paying the extra for the more desirable, more upscale and more capable 2019 Jeep Cherokee.

For more information about the 2019 Jeep Cherokee and to arrange a test drive to try it out for yourself, don't hesitate to get in touch with us here at Caledon Chrysler Dodge Jeep Ram, your premier choice Jeep dealer in Bolton, ON.