For those of you who don't work in automotive, the name WardsAuto doesn't probably mean much to you. However, if you're an engineer, designer, sales executive, plant manager, or any of a thousand other positions in the industry you've probably read every word in WardsAuto. 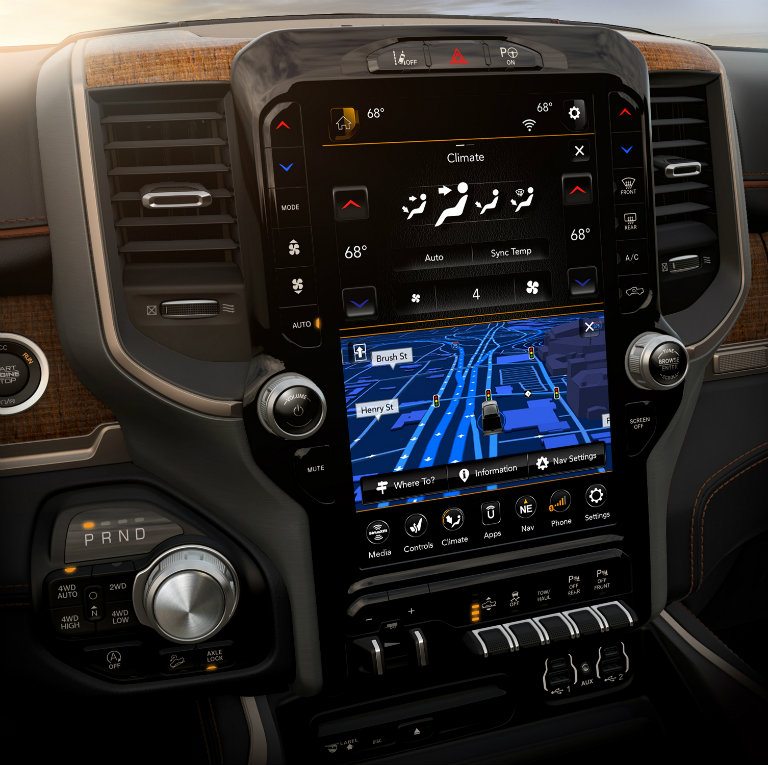 A few years ago, WardsAuto decided to conduct some real-world research as to which available engines are the best engines. While they could have, they chose not to carefully disassembled, measure, and reassemble the engines and then test them to the point of destruction.

Instead they tested the engines in real-world situations, in the environments for which they were designed. A group of engineers would pile into each model being evaluated and measure performance, noise, vibration, fuel economy, and just about every variable they could think of. What this did was create a point of comparison between manufacturers as to which engines were best suited for regular customers.

In the intervening years, WardsAuto has applied the same thorough evaluation techniques to other systems within cars, trucks, and SUVs, including the topic of this article, the Ten Best Vehicle Interiors.

Chosen to be amongst this year's Ward's 2018 10 Best Interiors is the top-of-the-line Ram 1500 Limited Crew Cab. According to the editors of WardsAuto "Truth be told, almost any one of the six distinct offerings in the Ram pickup lineup might have made the cut, from the Tradesman, Big Horn and Laramie to the Rebel and Laramie Longhorn, because each one offers unique color schemes, hyper-focused attention to detail and clever branding touches throughout the cabin." Wait. It gets better.

"Materials are befitting an $80,000 luxury car," says one tester. "Attention to detail is phenomenal."

According to WardsAuto, the crowning feature is the Ram's massive center Uconnect touchscreen. Measuring 12 inches the command center is two six-inch screens stacked on top of each other. It's almost impossible to tell, though, because they're covered by a single piece of glass that gives the appearance of one large screen.

"The giant touchscreen is a game-changer," notes one 10 Best Interiors judge. Ram's Uconnect 4C Nav system, they commented, was like the type of iPad-like display seen before only in high-end luxury models. They added "functionally this might be one of the best we've experienced. Maps, infotainment, climate controls and other operations can be displayed full-screen or split-screen fashion. Controls appear at the lower edge of the display and can be changed according to preference. Menus are colorful and intuitive."

But it wasn't just the intuitive, class-leading Uconnect 4C Nav system that captured the judges' attention. "There are a number of less-techy but clever touches throughout the cabin as well. Lift the rear floor mats and you'll find extra storage bins. One comes complete with a 12-in. ruler stamped into the brim - handy for measuring your catch. A foldout gate under the rear seat helps hold grocery bags or other cargo in place," the editors wrote.

Not missing a trick, the WardsAuto reviewers caught on the Ram understands that a truck can often be an out-of-the-office for engineers, contractors, surveyors, ranchers, and more. "The generously padded center console reveals a bin big enough to hold a laptop. Embossed on the underside of the center-console door is a ruler, metric conversion chart, protractor and formulas to assist in making those last-minute engineering calculations that come up at the job site."

They continued to praise the incorporated technology "The Ram 1500 Limited packs in all the modern-day connectivity requirements, including Apple CarPlay and Android Auto, five USB ports - including four USB-C connections for fast charging, plus a well-designed wireless phone charging slot. Three of the five USBs are fully functional, meaning content from any one can be accessed through the head unit. The SiriusXM satellite radio package includes special internet "channels" created exclusively for FCA."

The reviewers from WardsAuto also spotted the increase in size of the 2019 Ram. "The cabin has been extended by 4 inches from the '18 model for room in the back and to allow rear seats to slide slightly forward and recline. The rear floor is flat thanks to clever packaging that keeps entry height the same."

In conclusion, the WardsAuto editors noted that "with colorful flavor and creative functionality designed for every taste and purpose, plus eye-popping attention to detail throughout, FCA not only covers all the bases with the new '19 Ram pickup, it hits it out of the park." We couldn't have set it better ourselves. 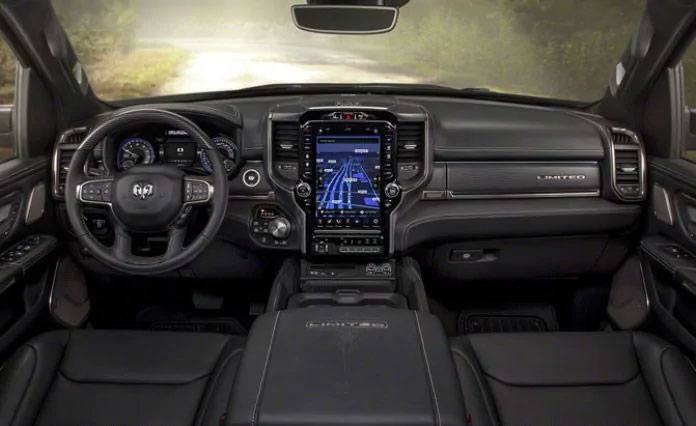 And of course, the award simply covers the interior features and makes no mention of the powerful line of engines available in Ram trucks, its tremendous towing capacities, and its smooth-riding coil spring rear suspension. To learn more head into Caledon Chrysler Dodge Jeep Ram and talk to our pickup experts. Once they get you into a cab of a 2019 Ram they may not get you out.