Life moves at lightning speed, which is why Chrysler offers its innovative Uconnect technology. It's more than just a way to access what you need on the go, it's also a system for helping drivers to stay focused and aware of their surroundings at all times.

There's a whole range of Uconnect systems, each one providing a different level of entertainment, connectivity and navigation features to suite a variety of needs and preferences. Chrysler even offers a Uconnect app that expands the abilities of the technology further. 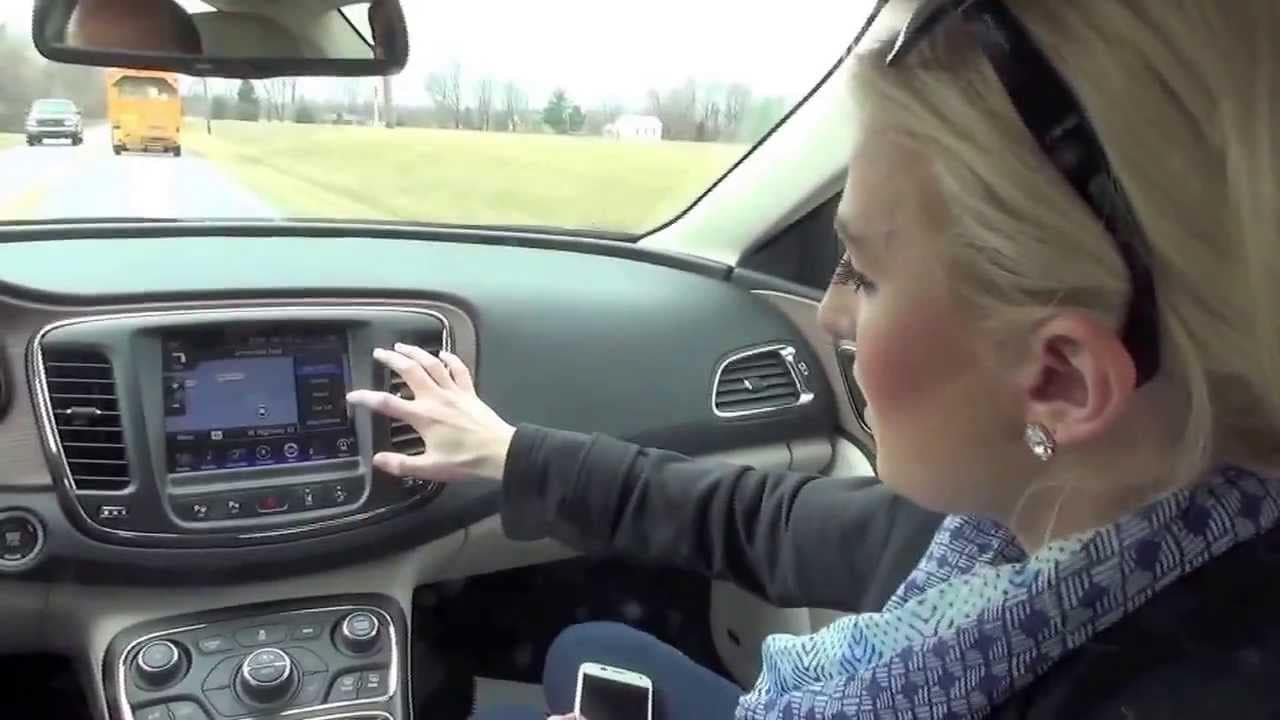 Chrysler Manufacturers designed Uconnect to be fun, but also focused on making it practical for everyday life. It manages several onboard systems, streamlining controls and enriching the overall driving experience.

For example, when drivers connect their smartphone through Bluetooth, they only have to press a button on the steering wheel to answer a call. Placing an outgoing call only takes a few simple voice commands, eliminating the need to even touch the actual phone.

Text messages traditionally are dangerous for drivers to use, but the Uconnect voice-text reply feature helps out considerably. Users can reply to a message through voice commands, selecting one of several prewritten responses, removing the temptation to try quickly writing back.

On short or long drives, Chrysler vehicles equipped with Uconnect provide several options for keeping everyone entertained and happy. While you'll find the usual assortment of devices such as a CD player, AM/FM radio and even SiriusXM satellite radio, the options don't end there. A USB port, auxiliary input and SD card reader allow drivers to tap even more sources for music, audio books or anything else to keep from feeling bored.

Another great thing about the Uconnect system is drivers have choices for controlling the different audio features. Controls mounted to the steering wheel are convenient and simple to learn, or there are physical controls located on the center stack. Of course, the actual touchscreen features virtual buttons, if users prefer those. Voice commands are great for when drivers don't want to let go of the steering wheel for even a moment, helping them to stay sharp and focused.

Chrysler has found a way to leverage some great mobile services through its Via Mobile app. It essentially uses the data service for the device, tethering it to the Uconnect system for an enhanced experience. Drivers get to enjoy the apps they've grown to love on their phone, effectively expanding their pool of on-the-go entertainment options whenever they're behind the wheel.

Through the same controls as other Uconnect features, drivers can control the volume, menus and other app features. Among the compatible services are iHeartRadio, Pandora, Slacker Radio and Aha by Hartman. 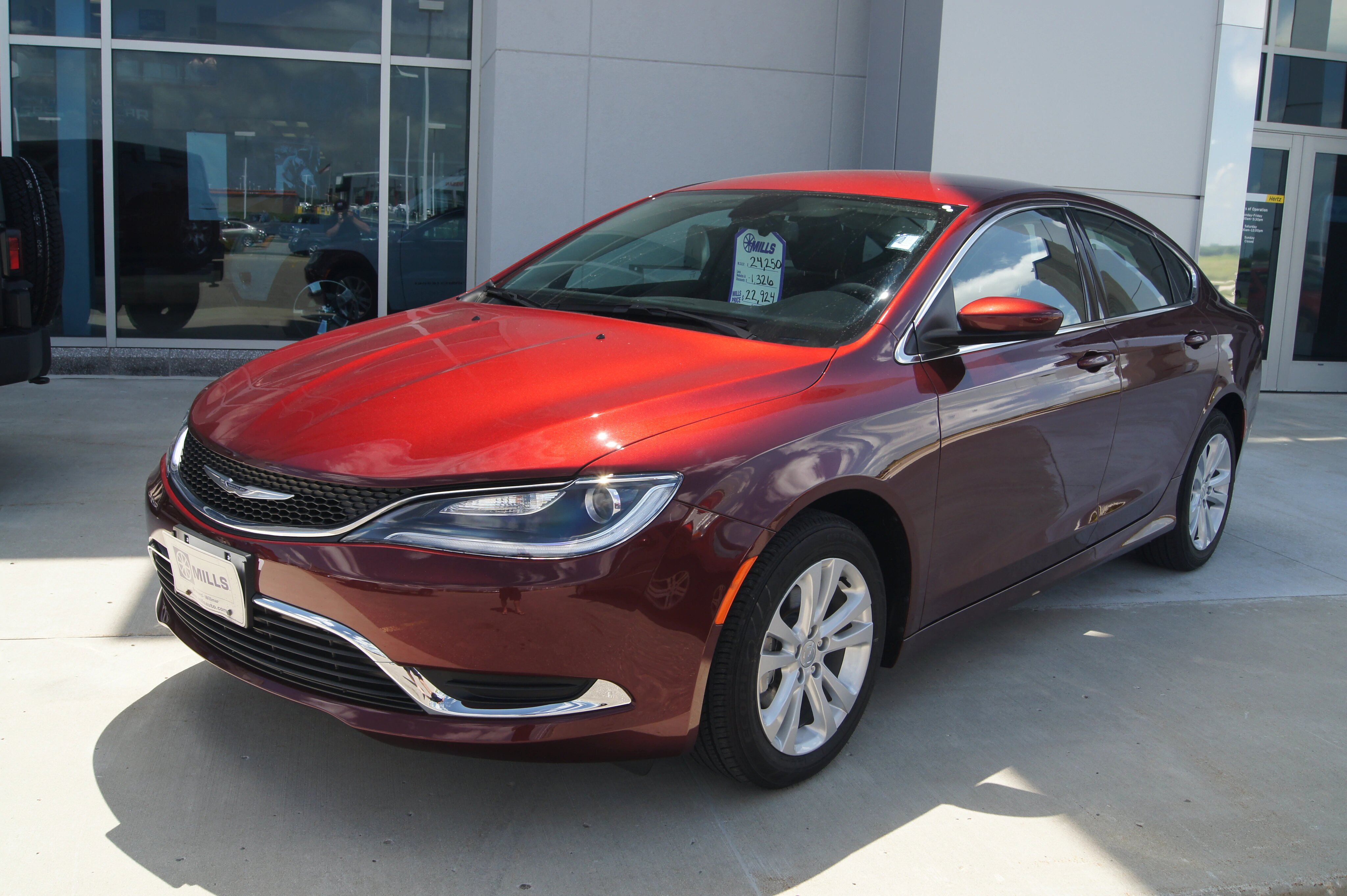 Even if you're already fairly familiar with Uconnect from past Chrysler vehicles, several additions to the technology for 2016 have changed everything. Overall, the graphical interface has been streamlined and made easier to use than ever. Drivers can customize a number of features, making it a technology that truly simplifies life.

One of the most notable differences for 2016 is a Drag and Drop menu bar, letting users rearrange the touchscreen controls as they see fit. A new one-button access system makes getting to services and other features that are favorites far simpler by relocating the icons to the main menu bar, instead of keeping them buried in layers of options.

With Siri Eyes Free, drivers who have an Apple iPhone 4s or later can pay better attention to the road instead of any screen. All it takes is pressing a button on the steering wheel, then users only have to speak commands to Siri. This opens up the possibility of making phone calls, sending text messages, accessing navigation directions, setting appointment reminders and even playing specific songs with little distraction.

When drivers are taking on particularly difficult road situations, or they just want some peace and quiet, the Do Not Disturb feature is another great new addition to Chrysler's Uconnect system. When activated through the touchscreen or via voice command, all calls are sent straight to voicemail. Text messages won't be displayed on the phone, with the possibility of a default response message sent automatically so others know the driver is busy at that moment.

An especially exciting addition is SiriusXM Tune Start. Instead of the traditional experience of sometimes only catching the tail end of a great song, users can turn to this feature to start songs from the very beginning. This innovative technology works when switching between satellite radio channels that are set as favorites, making it a great way to not miss out on any fun.

Visit our inventory to get your Chrysler Uconnect Technology car!