When we at Caledon Chrysler brag that the new 2017 Chrysler Pacifica is unlike any other minivan on the market, we're not merely boasting. In fact, the Pacifica has broken free of its segment to be named the 2017 North American Utility Vehicle of the Year. The honor is a new addition to the prestigious North American Car and Truck of the Year awards programs, and get this: It was launched for 2017 specifically "in recognition of the growing popularity of SUV-style vehicles." The actual trophies were then handed out in Detroit recently, right before the opening of the North American International Auto Show. 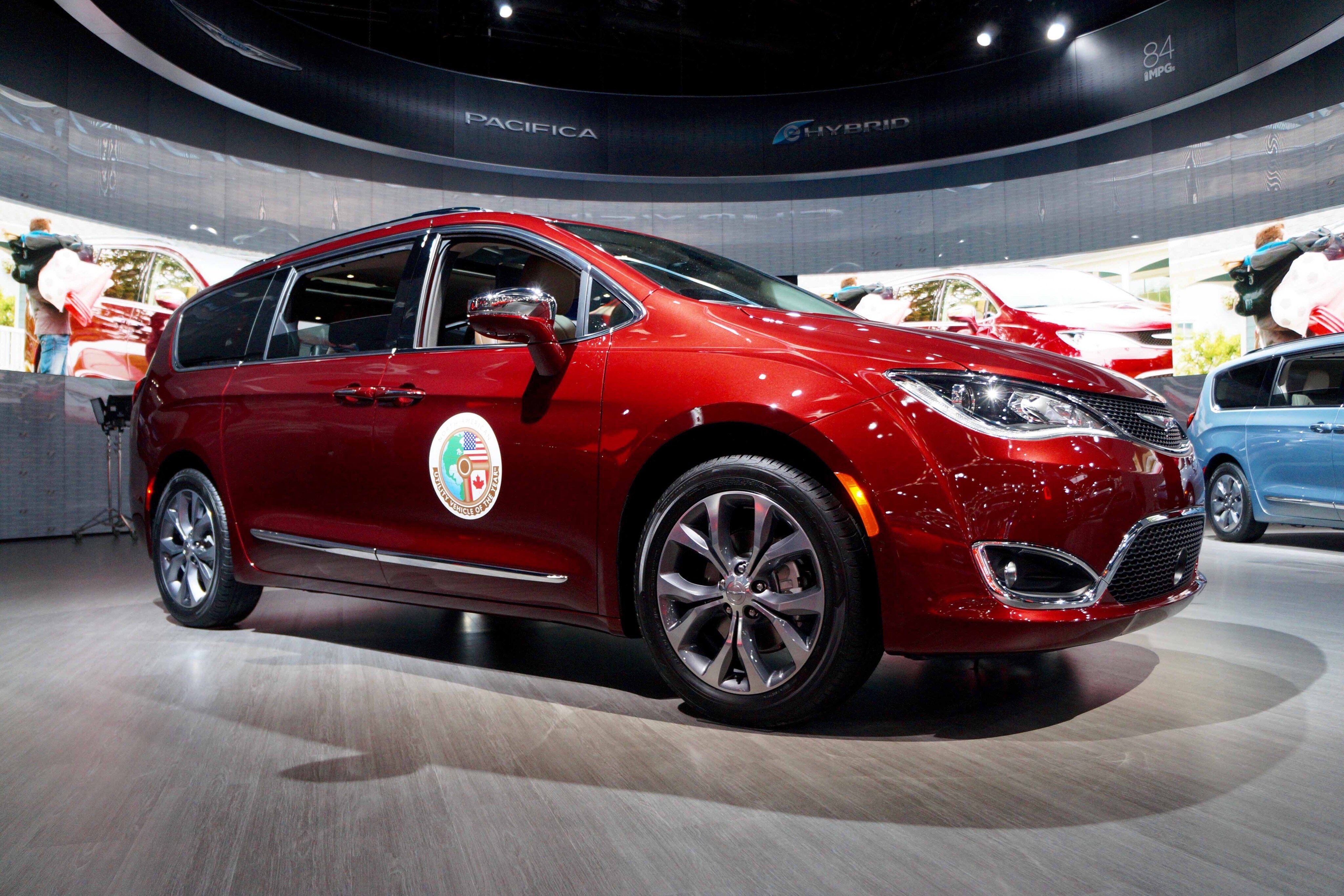 "When we first introduced the 2017 Chrysler Pacifica just one year ago, we believed that we had created the perfect formula for today's busy families. But it's the recognition from our customers and respected opinion leaders like the NACTOY jury that helps to reinforce Pacifica's status in the marketplace as the no-compromises minivan, and highlights what a great job the entire team has done in developing, building and selling the all-new Pacifica and Pacifica Hybrid."

Yet to be clear about matters, this certainly wasn't the first major award won by the 2017 Chrysler Pacifica. The acclaimed minivan also made an appearance on the Car and Driver "10Best" list for the year, and it achieved noticeably high grades in the two most closely watched safety-test programs. Thus, the Pacifica has a 5-Star Overall Safety Score from NHTSA and-as of January 2017-is the only minivan with a Top Safety Pick+ certification from the IIHS.

Moreover, the Pacifica earned the highest possible results in all IIHS crashworthiness tests, as well as in the safety group's evaluation of front crash-prevention technology. The full list of driver-assistance measures offered in the Pacifica further includes a 360-degree Surround View camera system, adaptive cruise control, forward collision warning with automatic braking, lane-departure warning with lane-keeping assistance, and a parking-guidance system for getting into perpendicular and parallel spots.

The Pacifica can provide premium infotainment technologies, too, like the Uconnect Theater rear-seat entertainment system. This comprehensive media setup counts two 10-inch touchscreens plus HDMI and USB ports, built-in apps and games, and DVD/Blu-Ray compatibility among its benefits. Meanwhile, Uconnect advantages up front include an 8.4-inch touchscreen, navigation, voice control, and hands-free calling and audio streaming. Audio choices are likewise impressive, with a standard six-speaker system with active noise cancellation, an available Alpine system with 506 watts of power and 13 speakers, and an optional Harman Kardon system, with 20 speakers, for ultimate listening performance.

For the ultimate in fuel-efficiency performance, there's the Pacifica Hybrid. In truth, a plug-in hybrid, this version of the Pacifica has an EPA-approved all-electric driving range of 33 miles. But drivers who need more range also can rely on the vehicle for another 537 miles of travel in its "regular," gasoline-powered hybrid mode-with an EPA rating of 32 mpg combined. 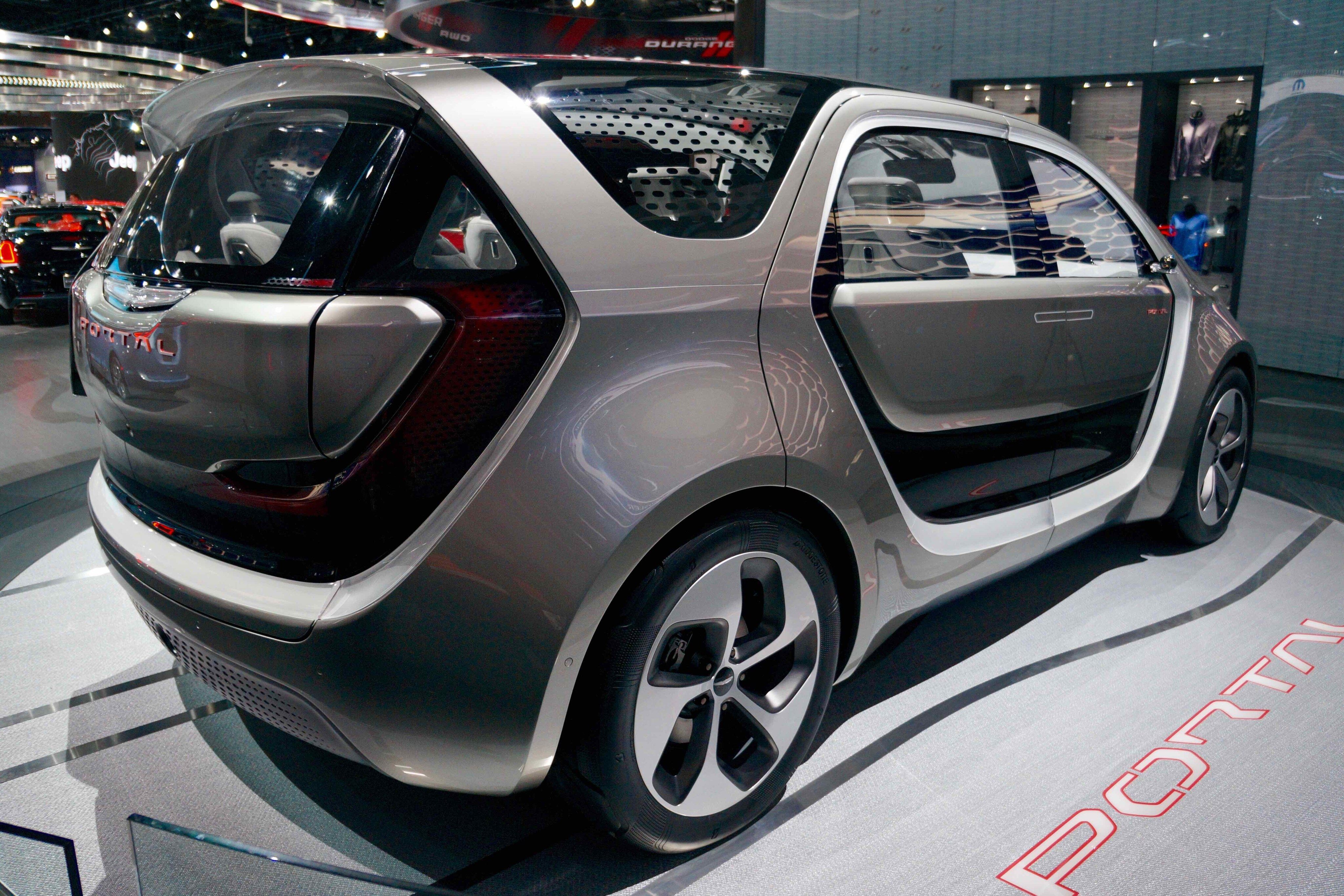 Beyond its award-winning minivan of the present, Chrysler also had its people-mover of the future in Detroit. First introduced at the trade-only CES event earlier in January, the Chrysler Portal Concept was making its first appearance in the general public. It represents "next-generation family transportation designed by millennials for millennials."

Added Kuniskis: "The Chrysler Portal concept is backed by significant research on the millennial generation. … FCA is a leader in family transportation and it was essential that we fully explored the idea of what a vehicle could look like for this emerging generation."

While the Chrysler Portal is a ways away from production, be sure to stop by Caledon Chrysler to get a look at the award winning 2017 Chrysler Pacifica.

Categories: The More You Know, Autoshow